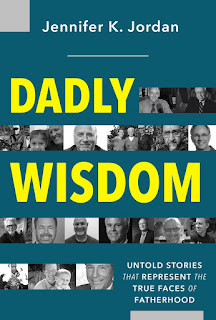 
Jennifer K. Jordan welcomes interviews, and would be honored to read & speak at your event about the positive power of fatherhood and her 14-year transformative journey gathering stories for DADLY Wisdom.


There isn’t just one way to be a father.—DADLY Wisdom
Summary: What becomes a father most? Wisdom. With this in mind, author Jennifer K. Jordan set out to honor her late father by gathering insights from dads. DADLY Wisdom marks the culmination of her 14-year journey, featuring 52 of the 100 inspiring stories contributed by international dads. Join Jennifer on her quest to find fathers who represent humanity at its best.

DADLY Wisdom clears the undeserved/unfair stigma our culture created of fathers as inept, irresponsible, and absent parents in the last four decades. The dads’ stories in Jordan’s book also prove responsible, active fatherhood has always been alive and well all over the world.—Hogan Hilling, Author of Dads Behaving Dadly & Founder of the DADLY Rally ["Hogan, America should take lessons from you!"--Oprah]

What do a congressman, golfer, coach, minister, educator, artist and Holocaust survivor have in common? According to Jennifer K. Jordan: Fatherhood. Rarely has the search for the heart of fatherhood been so deeply and richly explored as it is in Jordan’s DADLY Wisdom.
—Dr. William Younglove, Teacher Supervisor, California State University, Long Beach

Impressive honesty, and a nearly anthropological study of what makes good fathers tick…If I were packing a Time Capsule, DADLY Wisdom would be one of the first items I'd put into it. For if the world should almost end in fire or ice, it would be nice to show future generations the good that men were once capable of doing.
—Midwest Book Review 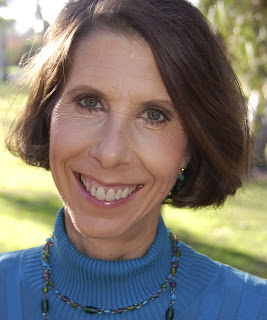 I dedicate this book to my late father, Russ Jordan, and to all the fathers who have forever blessed my life with their stories of love, kindness, and heart.—Jennifer K. Jordan

Dr. Stanley Mutunga, Author of No Longer Forgotten; Founder of Tumaini International, an organization based in Kenya that is dedicated to working with AIDS orphans and other vulnerable children, families and communities--bringing hope so that they may live fulfilled lives, both spiritually and materially.

Abdullah Akbar of Afghanistan, who assisted the CIA in one of its most complex operations. 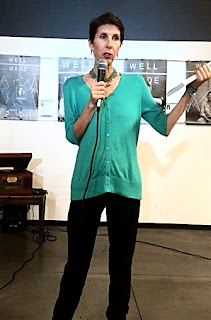 Jennifer K. Jordan is a California-based author with a passion for celebrating the spiritual in our daily lives and educating others. She has worked as a writer and teacher, and holds dual Master’s Degrees in Education and School Counseling. As a huge advocate of equal parenting for dads, Jennifer spent many years searching for and interviewing the fathers of DADLY Wisdom. She now offers their powerful stories in this transformative book of love, joy and inspiration.

Posted by Marlan Warren at 8:45 AM No comments:

Author Interview - Jennifer K. Jordan: “I wanted to give a snapshot of fathers’ wisdom from across the world.”

AUTHOR INTERVIEW:
Interview with Author Jennifer K. Jordan: “I wanted to give a snapshot of fathers’ wisdom from across the world.”

What began as a simple tribute to honor the wisdom and love of her father became a life-altering journey for Jennifer K. Jordan, author of DADLY Wisdom. Recently Jordan sat down with journalist/blogger Marlan Warren to reveal her 14-year process to gather insights from fathers she believes (according to the book’s back cover) “represent humanity at its best.”

Q: Did any of the interviews surprise you?

A: All of the interviews did that. Every time I interviewed a father, I was so impressed and moved that I thought I could never meet another such fine human being. I was in awe of all the fathers and their love for their children, and their dedication to helping their families no matter what.

I was surprised when Cain Credicott spoke to me for two hours for his interview. He is extremely busy as the Editor-in-Chief of Paleo Magazine, so I didn’t think his interview would be so long.

When I listened to Bernard Sayone and Tomas Kovar talk about their experiences in the Holocaust, I was constantly amazed. I learned more about the Holocaust from interviewing them than I had in any school, book or film. Bernie and Tomas also inspired me because they now work to promote peace in the world instead of being victims of such a difficult past.

Q: How did you select the fathers?

A: I interviewed over 100 fathers, but I included 52 in the book because some of the stories were too similar. Also, I interviewed some fathers back in 2000-2002, and when I started working on the project again in 2013, I was not able to contact them. Each father had to sign a release form so that I could use his story in the book.

I looked for fathers who had a reputation for being wise, successful professionally and with their families. I also looked for people who had a service ethic for contributing to their community in addition to their family.

I asked people for referrals of wise fathers from local areas, other states and other countries. Sometimes a father whom I interviewed then referred me to other wise fathers whom he knew. I also looked for fathers who represented different professions, ethnicities, religions, races, geographic locations and family structures. Thus, I interviewed a couple of single fathers and a gay father in order to honor all voices of fatherhood. I wanted to give a snapshot of fathers’ wisdom from across the world.

Q: Are you still in touch with any of the fathers?

A: I am still in contact with some of the fathers from the book, and I’m sure that many of the fathers interviewed would come to an event featuring DADLY Wisdom.

Q: What was the most challenging aspect in putting this book together?

A: The hardest part of doing the book was getting release forms and essay reviews back from fathers. Many of the fathers are extremely busy and didn't have time to get things back to me right away. For instance, Congressman Alan Lowenthal would often be in Washington, D.C., so I had to wait awhile to interview him and get his release form.

One very sad situation involved one of the fathers whom I had interviewed in the early 2000s by phone when he was in Tel Aviv, Israel. He was a cross-cultural psychologist who dealt with Arab/Israeli conflict resolution. I received word that he had passed away, and I was unable to contact his family members; so I could not include his story.

When I asked him what he thought the solution was to the Middle East conflict, he replied, "Humanity has to grow up."

It was hard making cold calls asking for interviews, but I did!

Q: What was your happiest moment when you felt "Yes! This is all worth it!"?

A: I always felt it was worth it. Fourteen years ago, I felt spiritually called to write it. Every interview blessed me more than words can express. I cried after almost every one because I was so moved by what the fathers shared. They all spoke from their heart, which was amazing since most had just met me.

I’ve had great fun delivering the book to local fathers who were not able to attend the book launch. I felt like Santa. All of them were so happy to receive the book, and I felt incredible joy being able to share the book’s love and message.

I also received cards from some of the fathers. John Solheim, CEO of Ping, wrote me a letter that brought me to tears—telling me how honored he felt to be in the book. I felt so honored to have him in the book.

Q: Are you working on another book?

A: I feel called to write my children’s book on anorexia that will give a wise message of healing, loving one’s body and choosing life-giving actions.

Q: If you could choose three words to describe your own father's wisdom, what would they be?

A: Succinct, simple, sane, realistic, balanced, fun-filled, gentle, relaxed, joy-filled, promoting joy and enjoying life. I could not pick just three. I learned more from what he did and how he lived than from what he said. My father worked hard, had professional success and played a lot. He was “forever young.” And he loved my mom, brother and me.

Q: Did your father ever say or do something that you never forgot, and helped you in the making of this book?


A: “You can do the deal.” My father was no longer alive when I returned to writing the book in 2013, but he used to say that to me about doing other matters. His words gave me courage and confidence that I could finish this “deal.” I've always been tenacious, and I will continue to be so to help get the word out about this book.

This interview was originally published in the blogs L.A. Now and Then and Roadmap Girl’s Book Buzz.